To participate in the Live Q&A after the presentation, please register below.

Meet the Parents Hear their stories and ask questions ...

At our first pediatric appointment at 1 week old, we learned that Julian had Pectus Excavatum. I had noticed it straight away but my husband didn’t think much of it because he has it too but it’s quite mild. We were told that it was cosmetic and there was nothing to do for it until he was older. This year, Julian had a huge growth spurt. He is 14 and 6.2 ft tall. The PE looked far more pronounced, his ribs were flaring more and he felt uncomfortable with his body. He noticed that during soccer games, he was out of breath and felt that his heart was pounding. After speaking with a doctor, we decided to get some tests. I was concerned about his heart. We did a simple Google search to look for options for PE and learned about the Nuss procedure. Over the next week, I read everything I could. Dr. LoSasso’s name kept coming up and I was grateful that the Center for Excellence for pectus had a ton of helpful information. We felt fortunate that an experienced doctor was only 30 minutes away and made our first appointment. The more I learned, the more anxious I became… learning about potential Marfan Syndrome and other things not on my radar was a lot to process. But I’ve said many times now that I always feel better leaving Dr. LoSasso’s office since he takes the time to educate his patients.

We moved quickly through appointments because we felt that this strange year gave Julian time to heal at home with little else to do. I’m still in awe at how quickly he healed. I was nervous about him having pain but he was off all meds very quickly. It’s been only 3.5 months and he feels good as new. He finished PT and is itching to get back to soccer! 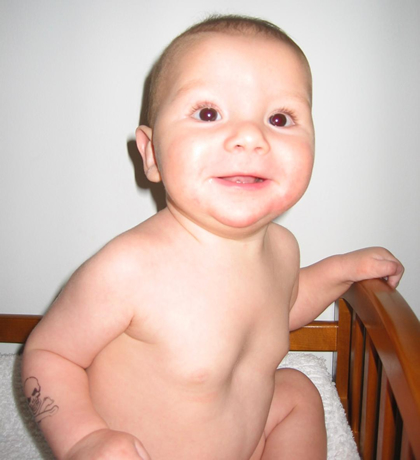 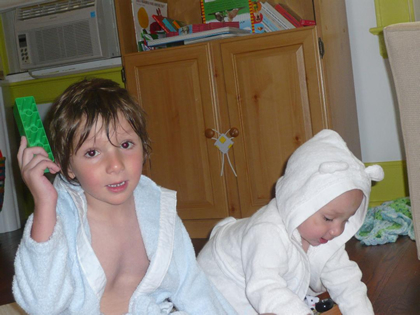 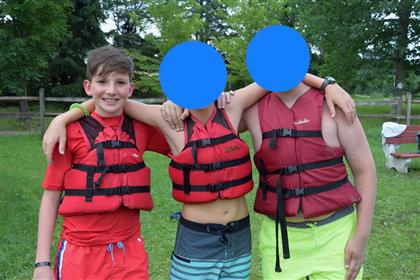 Here is Julian at camp at age 12. Even with a vest on, he is still choosing to wear a shirt. 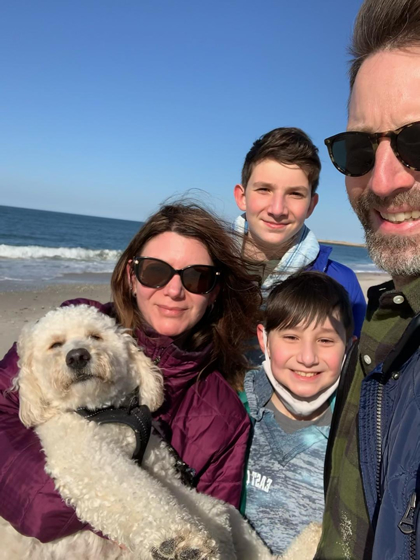 We noticed Griffin had a bit of an indentation in his chest when he was about 10, and then as he began to grow taller, it was more pronounced by the time he was 14. When he was 12-13, he became self-conscious of taking his shirt off, but he loved to swim though, so just took it off anyway. He hoped no one would notice, but 1 or 2 comments from his friends is all it took for him to start to be pretty bummed out about living with the dent in his chest. It was then that we started to look into the condition, and his pediatrician confirmed the pectus condition but advised that its typically not something that we’d have to be medically concerned about.

We started to search around a bit more when Griffin turned 14, as he was noticeably upset by this condition and found that there were a few surgeries that could help correct the deformity. We were very hesitant at first because all indications were that either way it was major surgery, and it was medically unnecessary, but the Nuss procedure looked pretty innovative. We eventually came upon Dr. Losasso and the Nuss center of Excellence. The videos, pictures and recommendations from other parents were extremely helpful. Since he was located in New Jersey not too far from our home, we decided to visit for a consultation. He confirmed that Griffin would be a good candidate for the Nuss procedure. It didn’t take us long to figure out that Dr. Losasso had the most experience and was one of the most well respected in this field.

Griffin had the surgery on July 15, 2020, and his recovery was as described. We worked very closely with the Physical Therapist to educate them on the procedure and point them to certain resources that Dr. Losasso’s office provided (webinars/ PT scripts, etc.). It’s now 8 months later and Griffin is competing on the high school tennis team and doing plenty of other sporting activities. We opted to have him continue to work with the PT office even after his 3 months were up, and that paid off as well, as he’s bigger and stronger than he ever was. 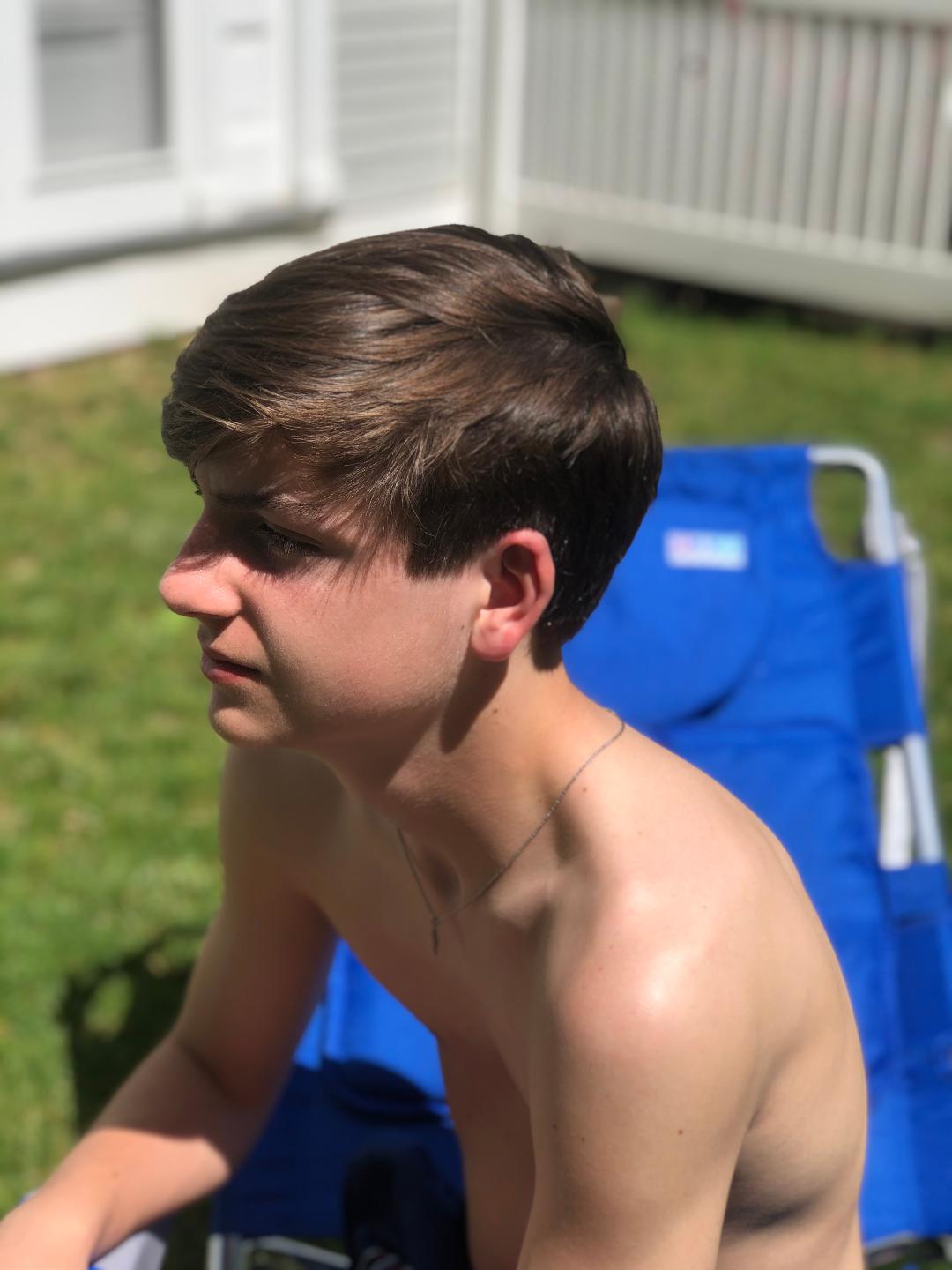 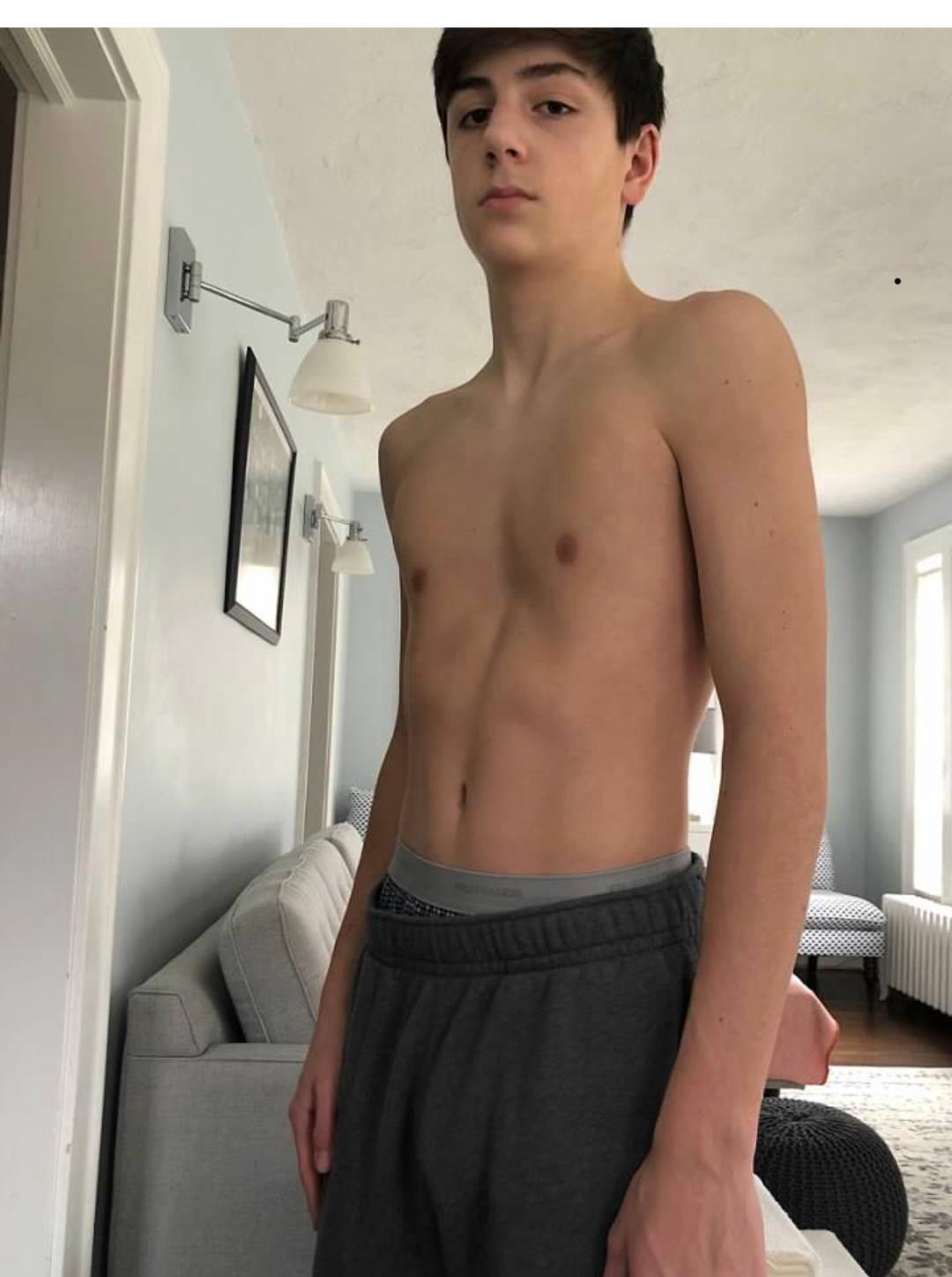 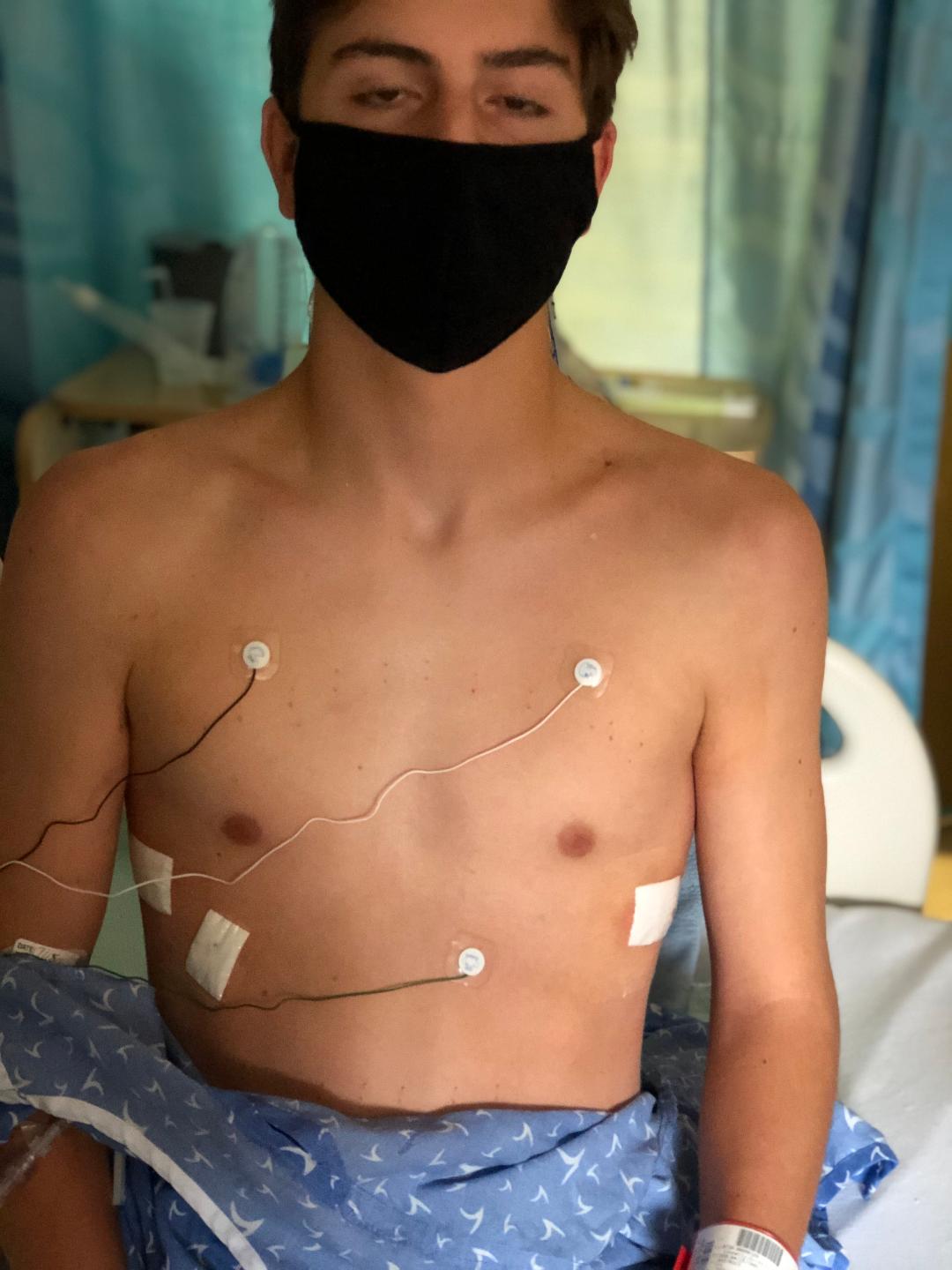 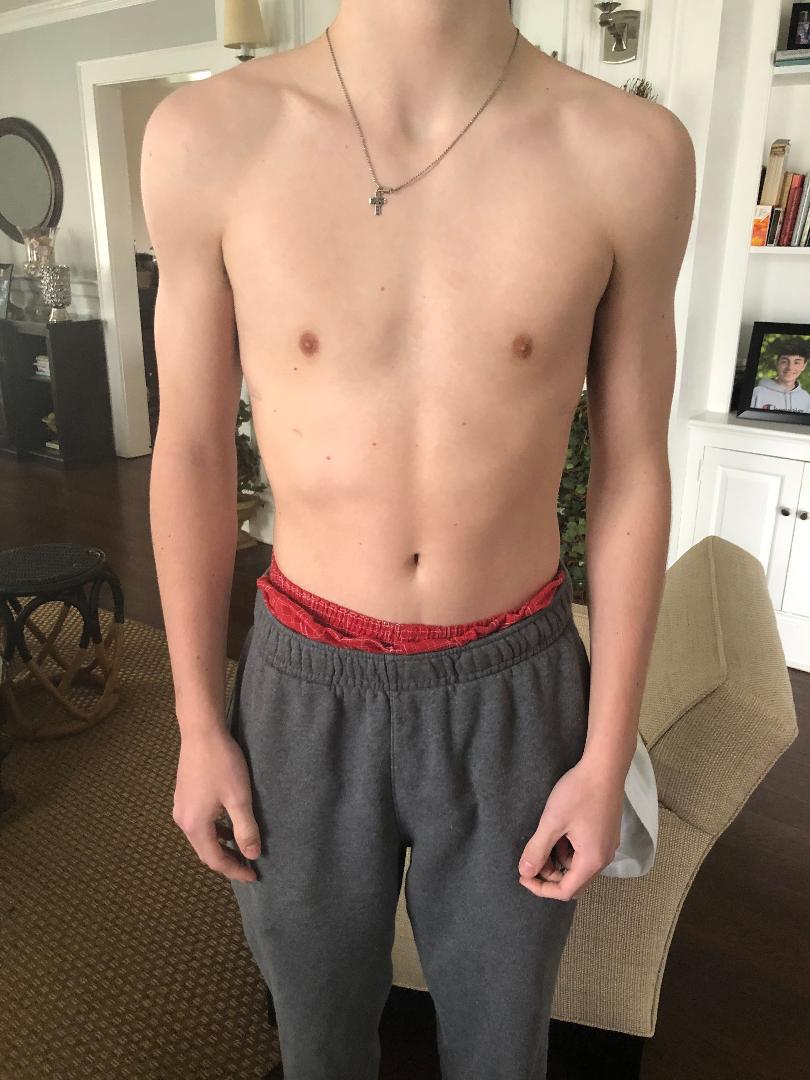 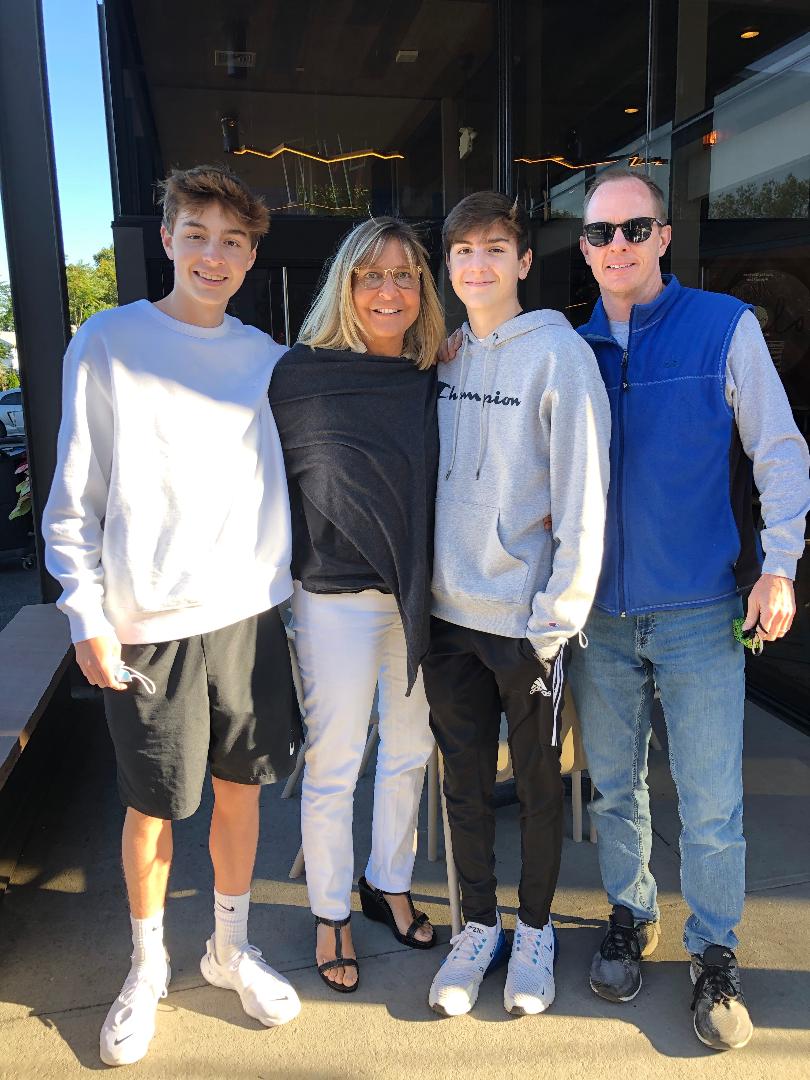 WHEN DID YOU NOTICE HENRY HAD PECTUS OR STARTED EXPERIENCING SYMPTOMS?

Early on Henry’s pediatrician noted that Henry had a pectus excavatum.  We thought nothing of it.  When Henry was 13, the summer after 6th grade he was changing his shirt at home in front of us.  We all noticed how odd his chest looked.  Other than the physical appearance, Henry had no other medical conditions associated with his pectus that we were aware of.  That is when we started addressing the issue and talking to doctors.  Over the next 3 years we explored the issue thoroughly.

HOW DID YOU FIND DR LOSASSO AND DID YOU LOOK INTO OTHER SURGEONS?

Our pediatrician gave us a few avenues:

WHAT MADE YOU PICK DR LOSASSO VS OTHER SURGEONS?

Once we decided we wanted to use this window of opportunity in Henry’s youth to alleviate this issue, we were deciding between the two surgeons recommended by Dr. X  Ultimately, the decision to choose Dr. LoSassowas based based on two factors:

I need to say that this was such a good choice.  Almost every person we encountered at the hospital in San Diego raved about Dr. LoSasso and his approach.  Not only about what an excellent surgeon he is, but also about what an amazing person he is to be around.  I saw myself how tirelessly he worked to accomplish his goal for each child.

Another important point about Dr Losasso is that we never felt pressured to get the surgery.  His approach was about making us aware of the options and the associated implications and not necessarily moving forward with the surgery or choosing him.

WHERE IN RECOVERY IS HENRY IN AND HOW WAS YOUR EXPERIENCE WITH SURGERY/THE ENTIRE PROCESS?

This past December, Henry had his bars removed after 3.5 years (delayed due to the pandemic).  His recovery was swift.   He took no pain medication besides Tylenol and was running again within two weeks.  We are grateful.

In reflection, we are glad we had the surgery. After the procedure, it was noted that Henry’s pectus was pressing on his heart which could have driven issues later in life.  Additionally, there is a mental health and confidence benefit that shouldn’t be overlooked, especially in teens.  The surgery and recovery process are extremely tough and this should considered as part of the decision process.  For us, Dr. LoSasso was the best choice and we are extremely grateful he provided Henry’s care. 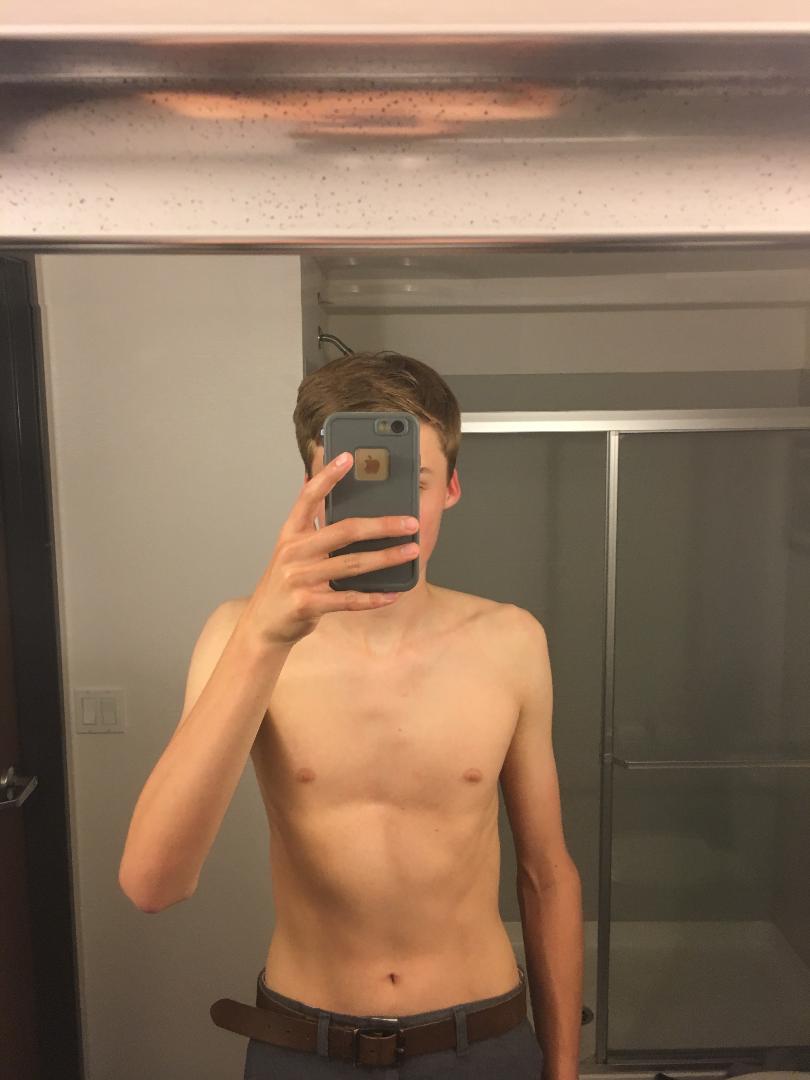 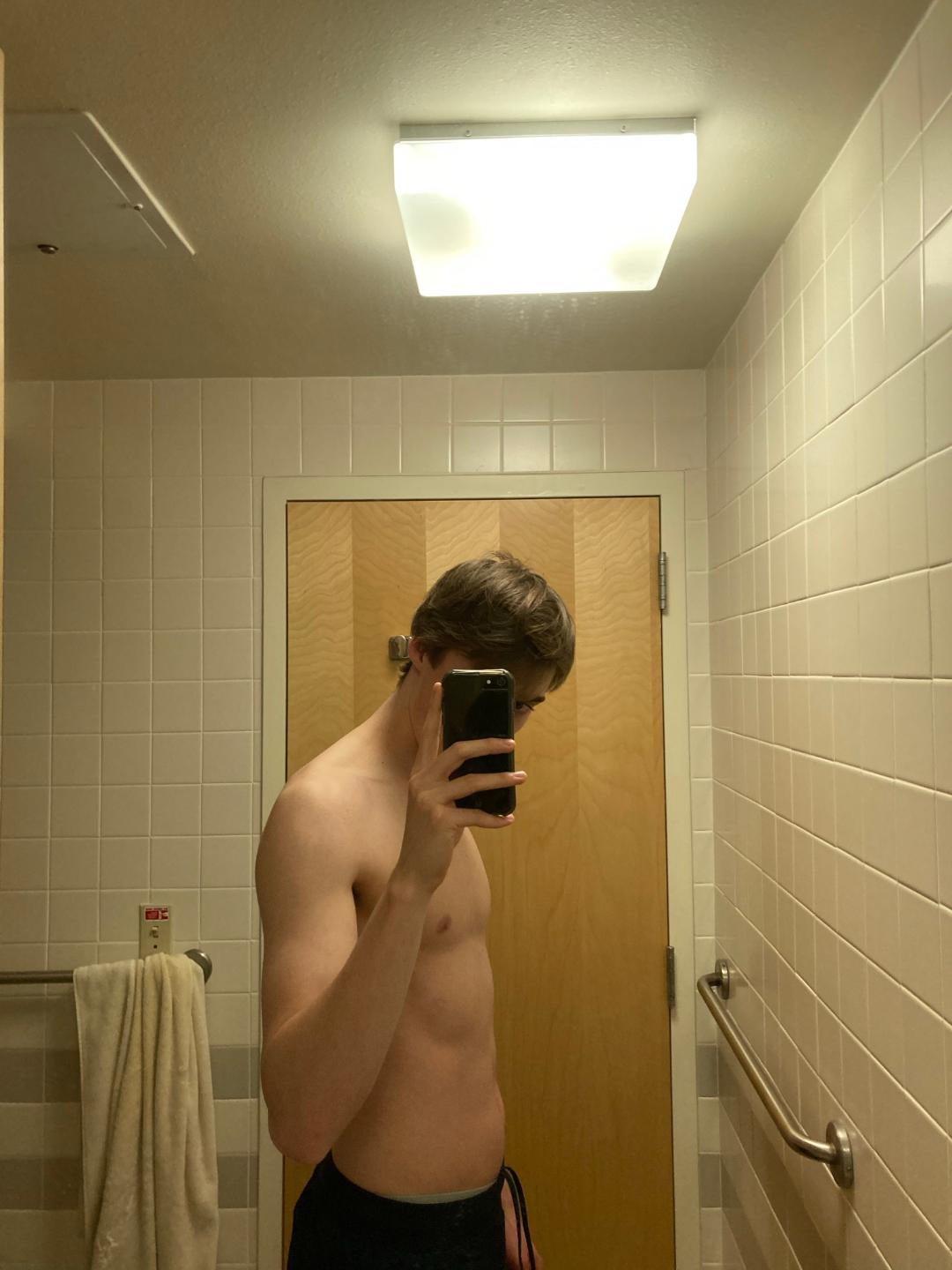 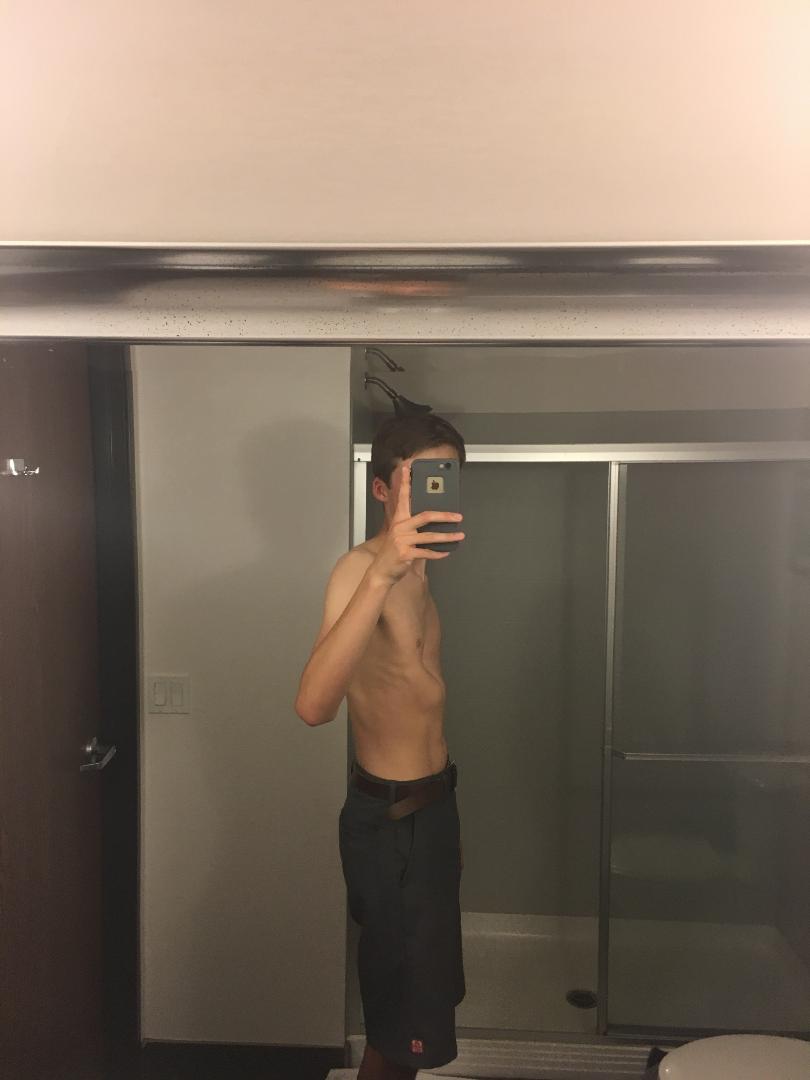 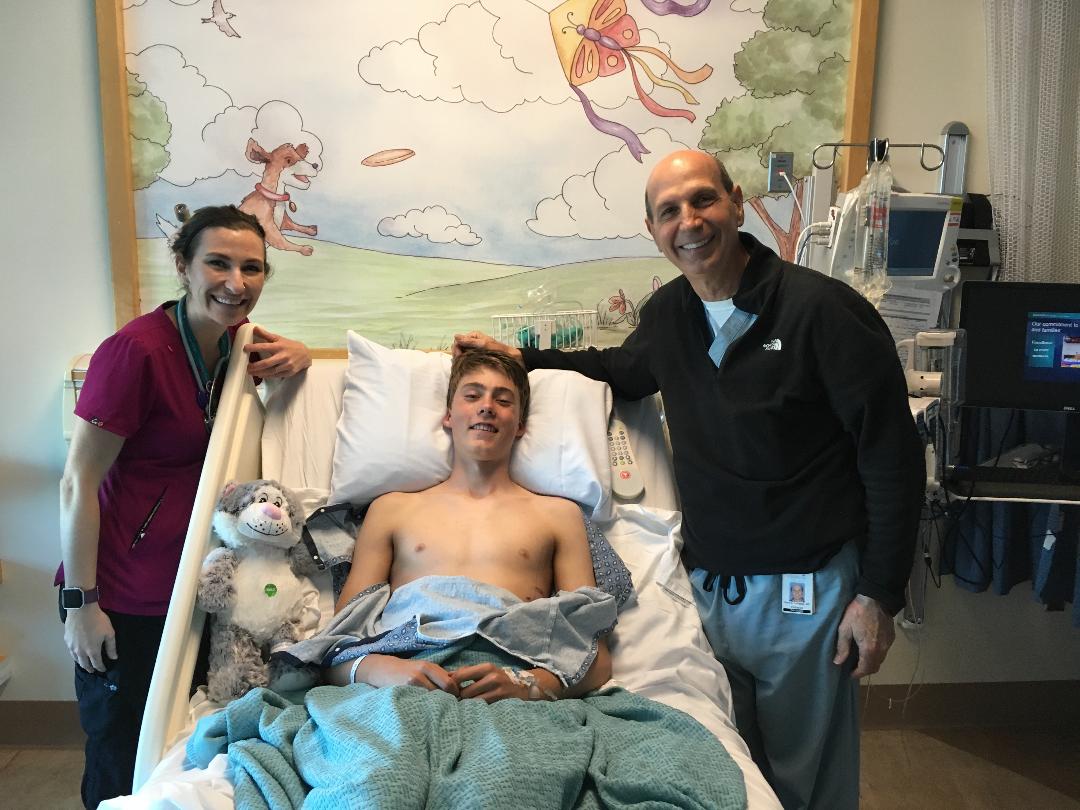 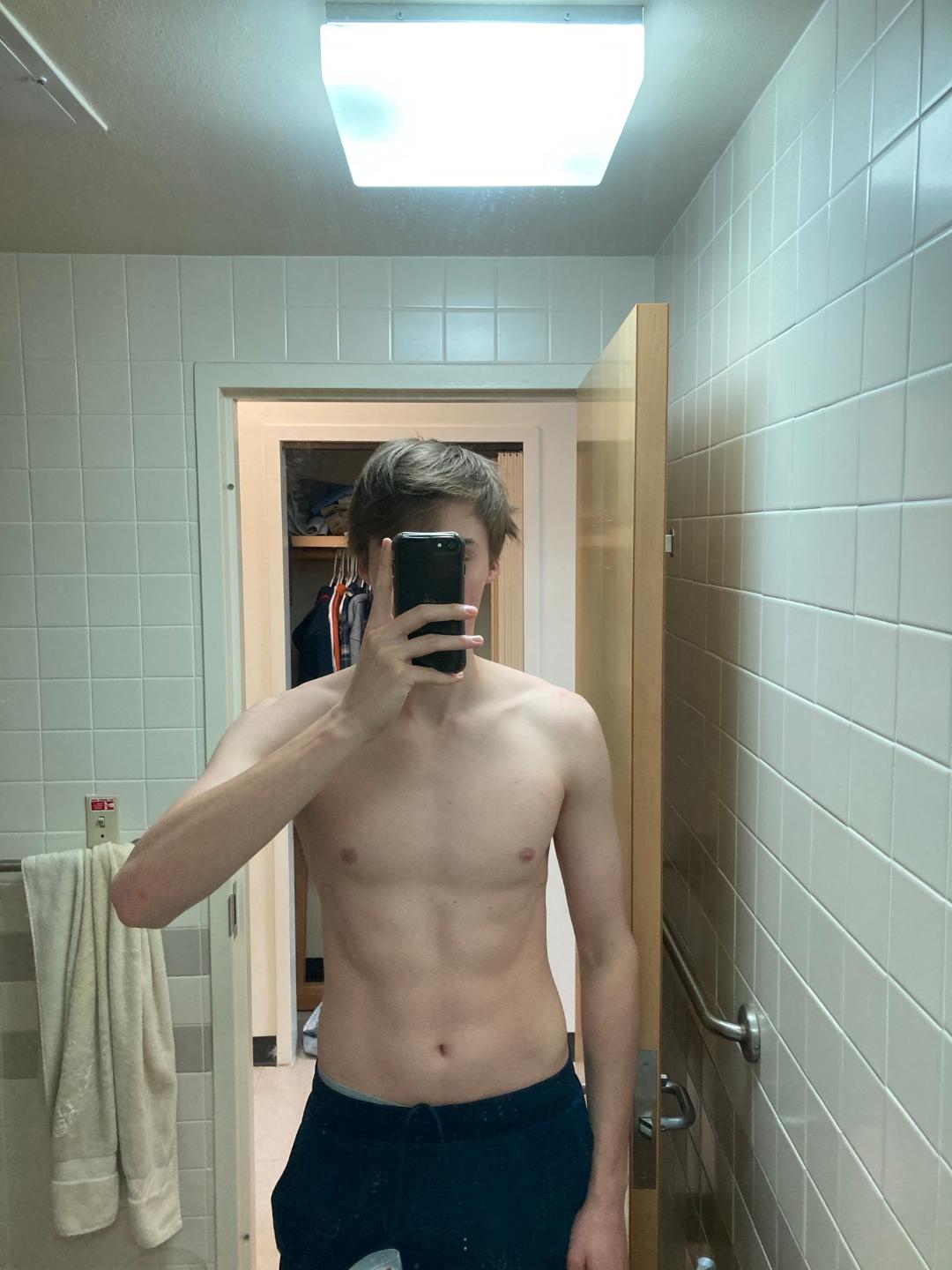