I noticed I had pectus when I was in middle school or high school. I did not know what it was but I knew my chest looked different from everyone else. Because I was tall and lanky, I went through all kinds of tests to see if I had Marfan Syndrome. It was ruled out and I lived life…played basketball, tennis, and did anything else that was happening at the time. I felt like I was fine but looking back, I was short of breath sooner than everyone else. I lived life but was never comfortable having my shirt off. I knew my chest did not look like the chest of everyone else. As I aged, I still stayed active but my shortness of breath was more common.
After college, I decided to see if there was something that could be done. I had no idea that other people had this and had no idea it even had a name. I remember emailing a plastic surgeon. He emailed back the next day telling me I probably had pectus excavatum and needed to see a cardiothoracic surgeon. After a few Google searches, I found there was a community of people just like me. I found and joined a message board (I think it was pectus.com). One name kept popping up when it came to adult surgery, Dr Barry Losasso. Great reviews, great results – so I contacted his office in San Diego. I went through a few tests to see if I was a candidate (I was) but I was running several businesses at the time and decided it was too much time away for recovery. Fast forward 10 years and I sold the business, it was time to see if I was still a candidate. I still remembered the name Dr Losasso and knew if I was going to have it done, I wanted him to perform the surgery.  I went through months of testing and the surgery was approved. Dr Losasso and his team were amazing! Allison checked in often, Lynda and the billing department worked on prior authorizations, and everyone was very responsive to questions and concerns. December 11, 2020, the surgery was performed! Dr Losasso, pain management, pulmonologist, therapists, nursing staff, and everyone else that was with me between checking in and discharge were great.
The first few weeks were uncomfortable. The first few weeks were full of ups and downs…feeling awful one day and seeing progress the next. If you asked me one month after surgery, I was not sure breathing better was worth it. If you asked me now, I would do it again in a heartbeat. I have completed physical therapy, I am back to playing tennis once weekly, I go to the gym 2 or 3 times weekly, I have not taken any meds for pain in a long time, and I wish I had done this a long time ago. I feel better, I am not short of breath after playing tennis, and I am not afraid to take off my shirt. This surgery may have been developed as a pediatric surgery, but I feel confident saying Dr Losasso has improved my 47 year old body and quality of life. 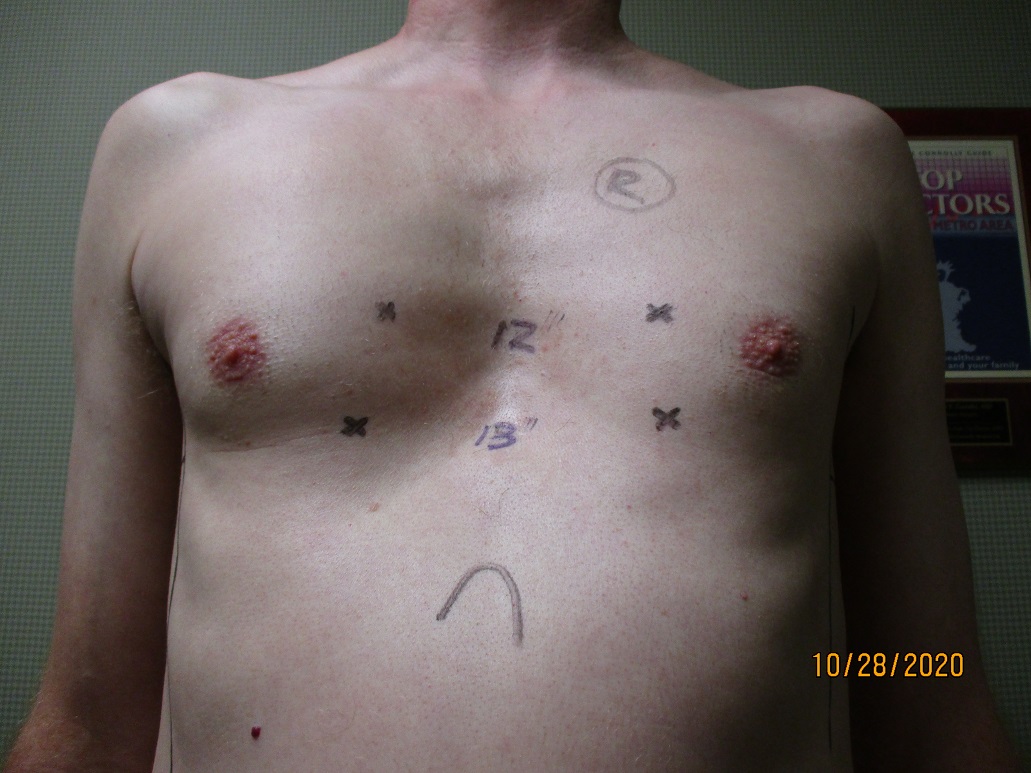 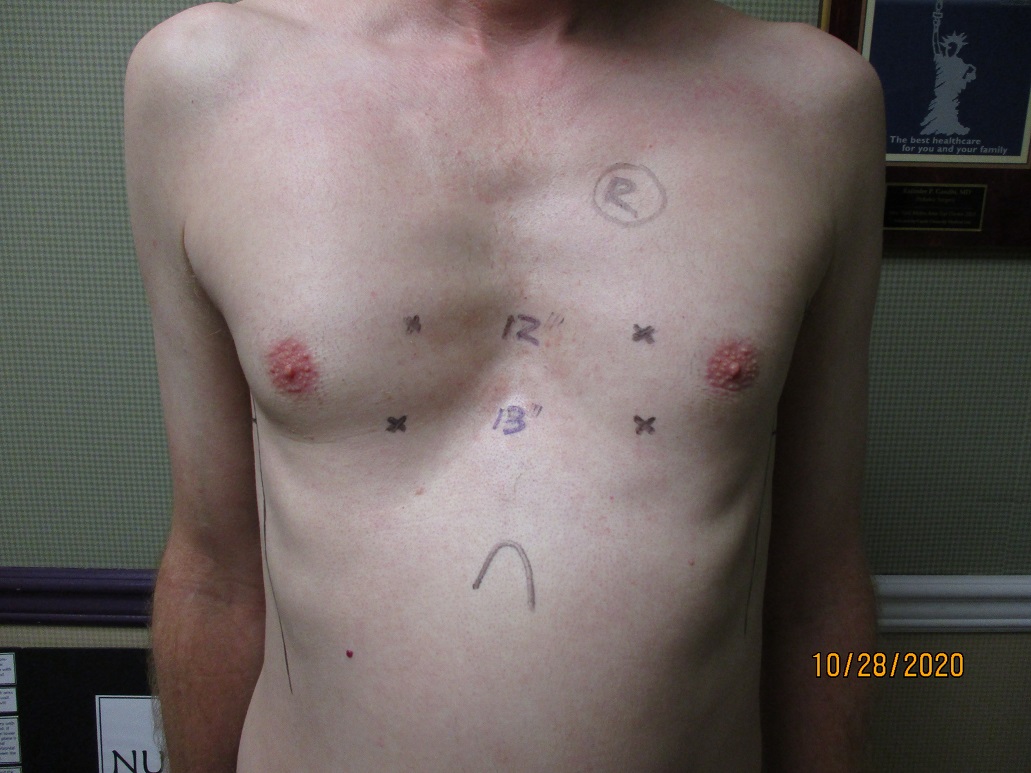 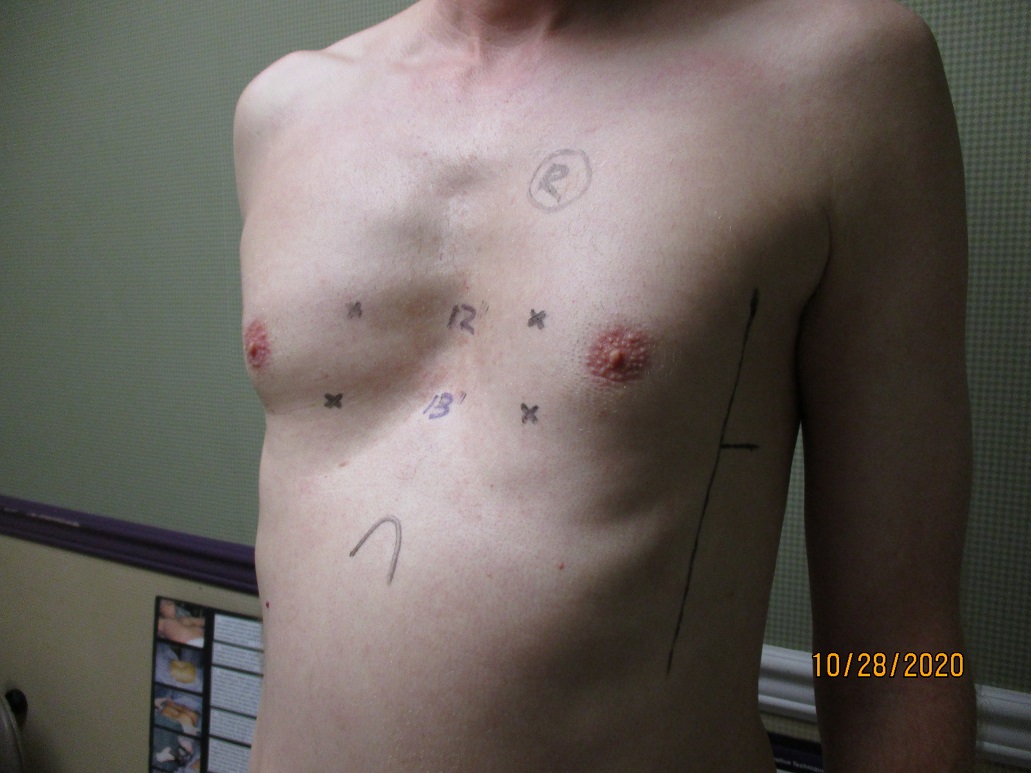 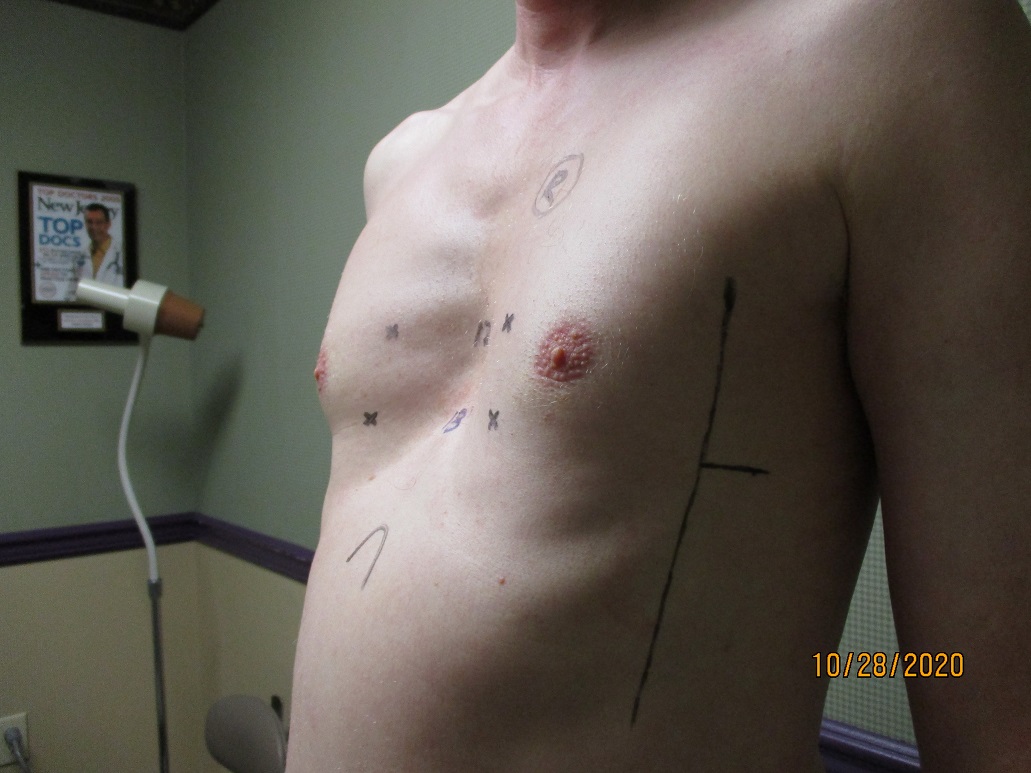 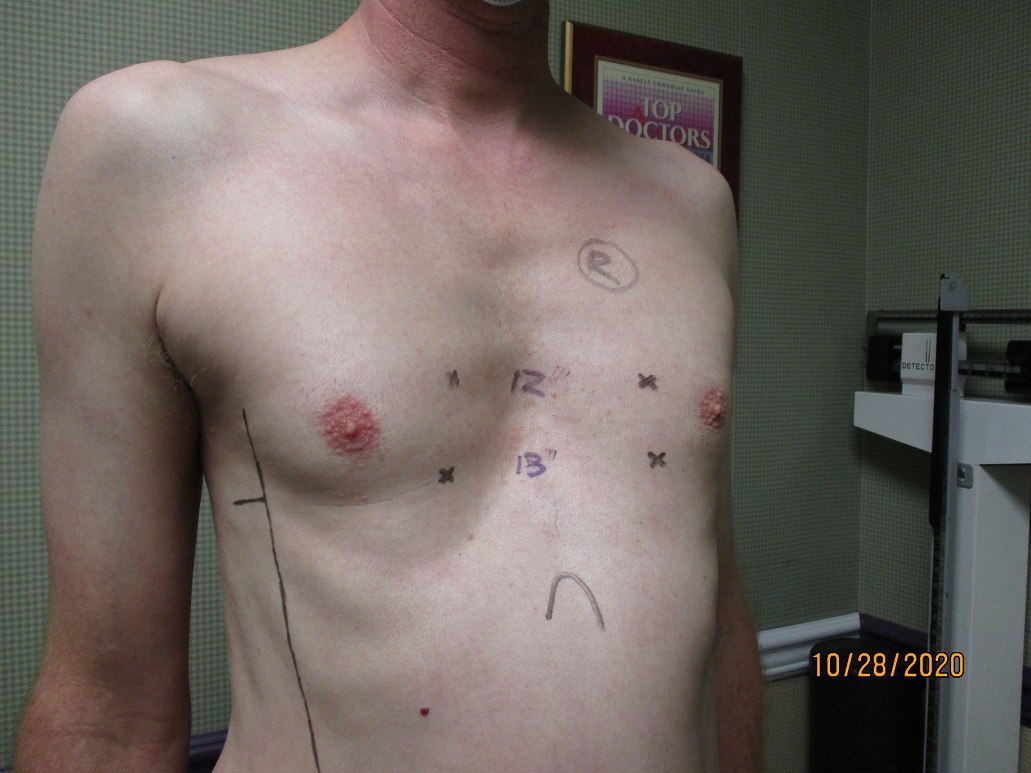 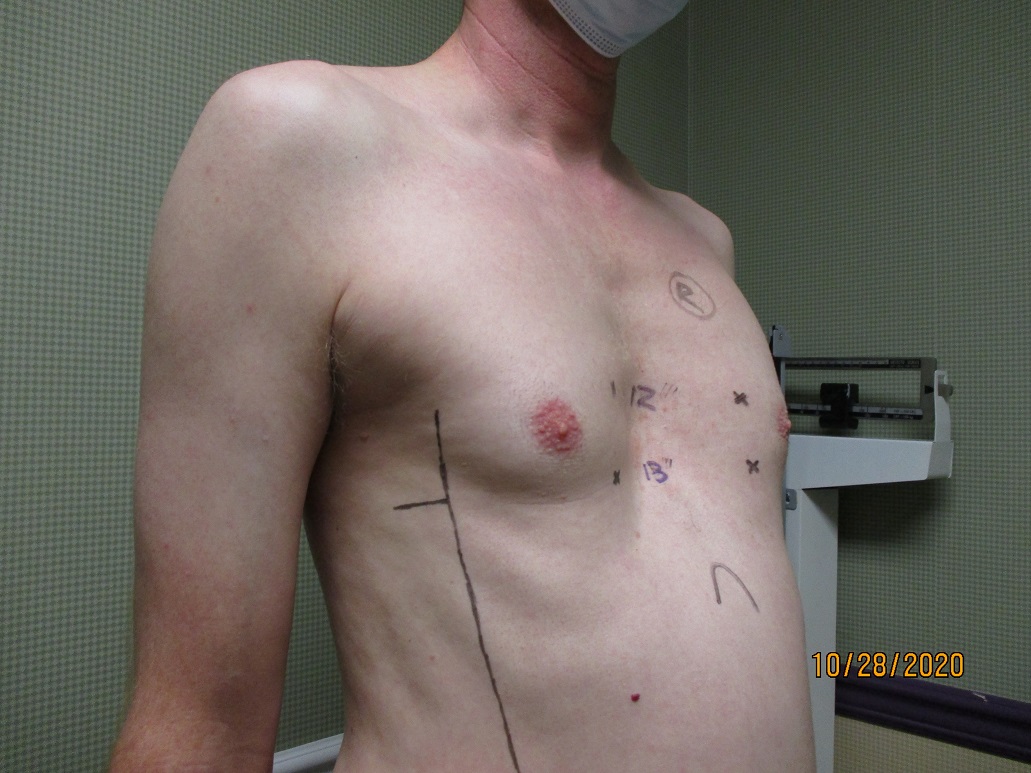 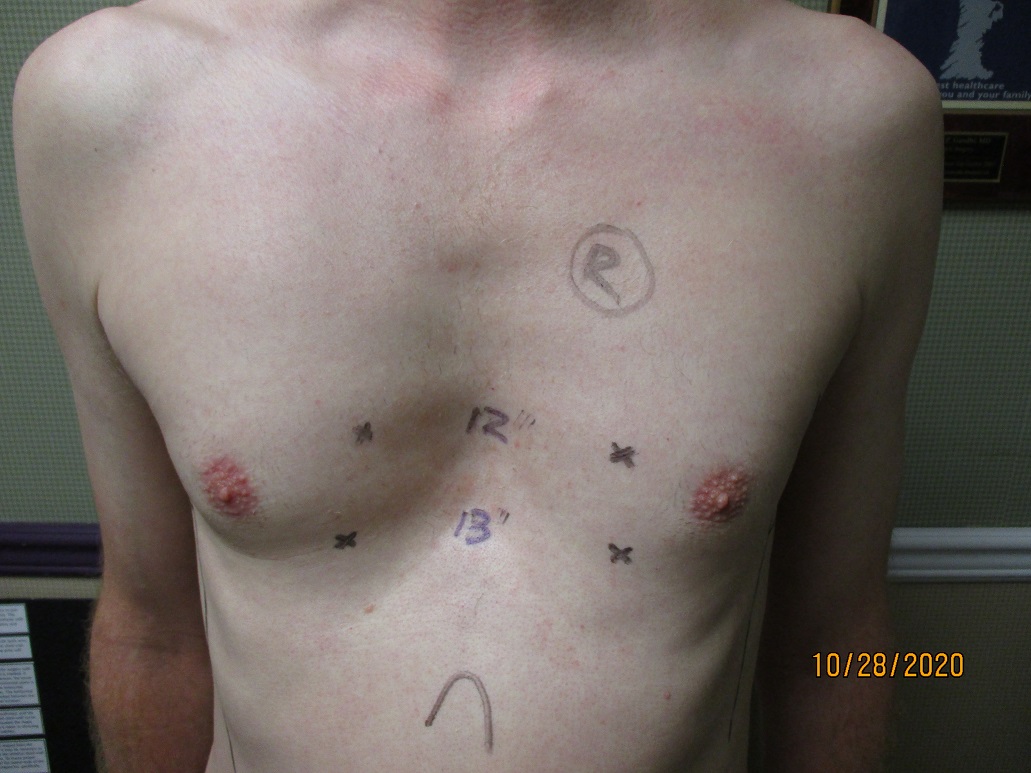 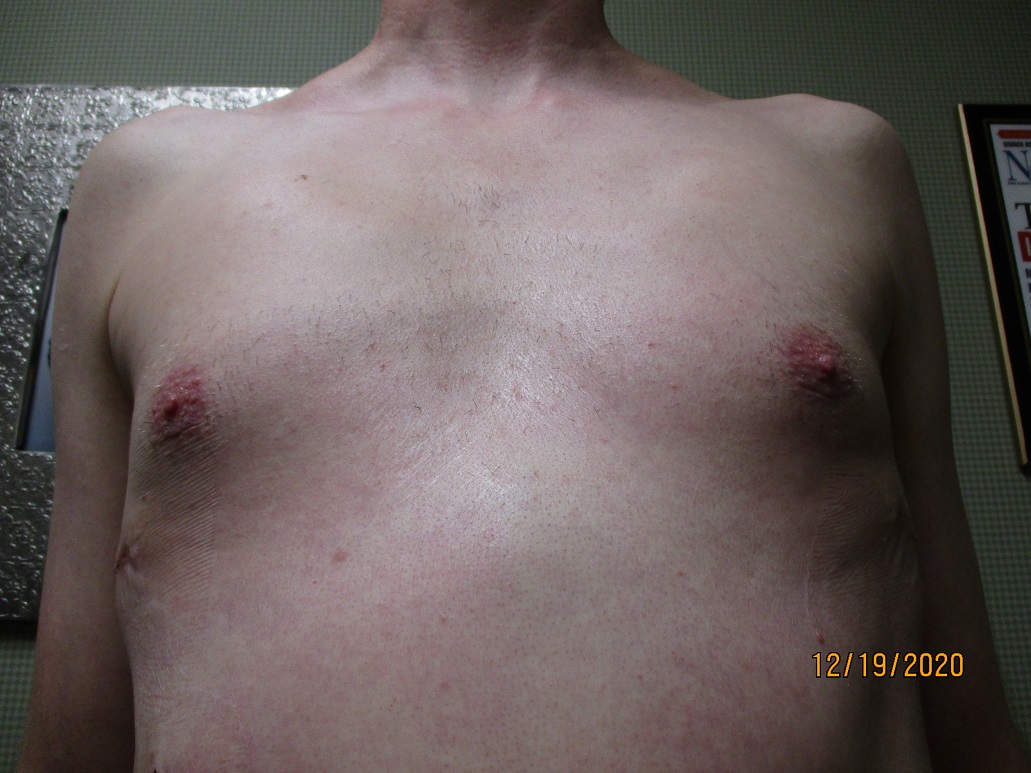 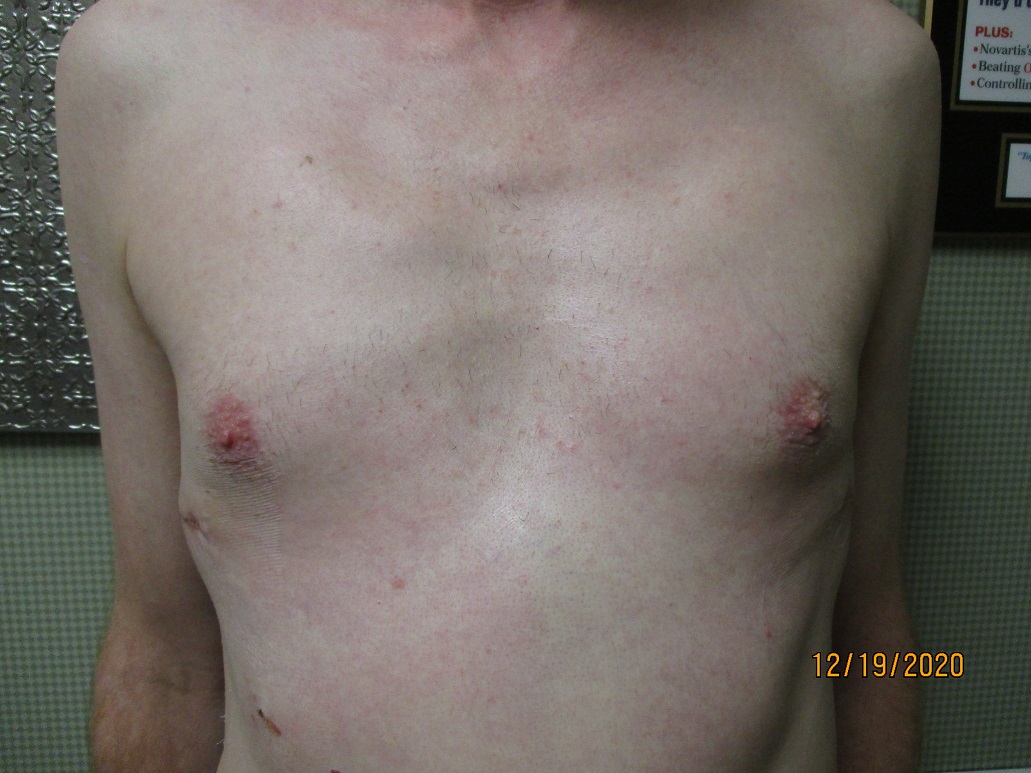 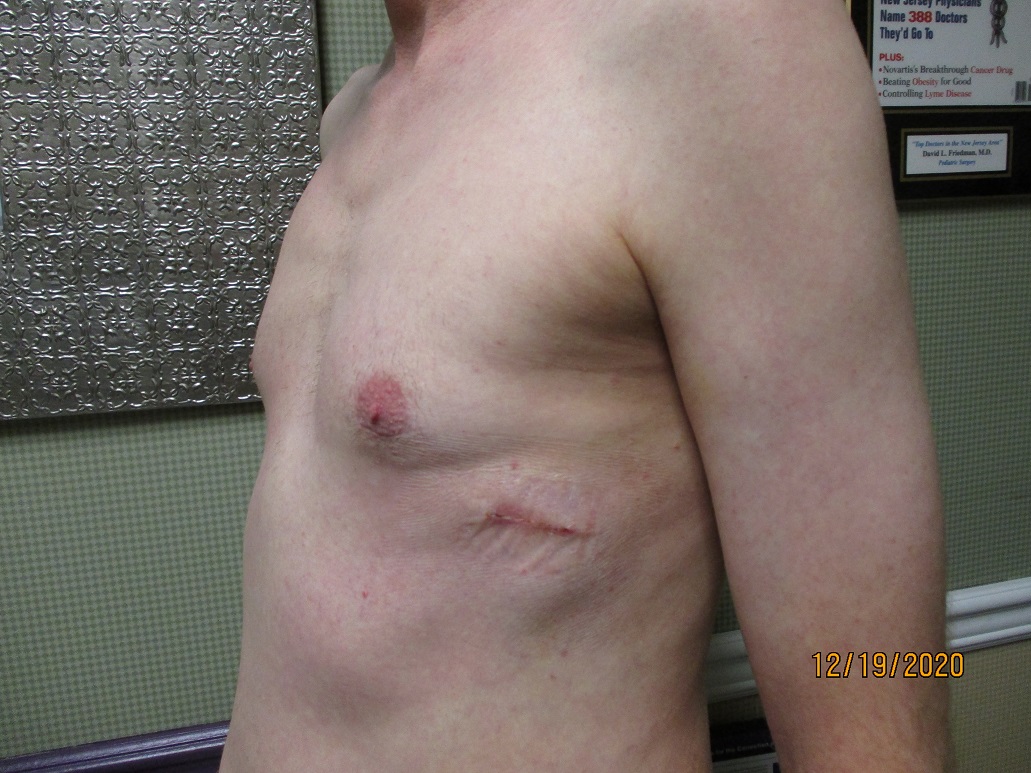 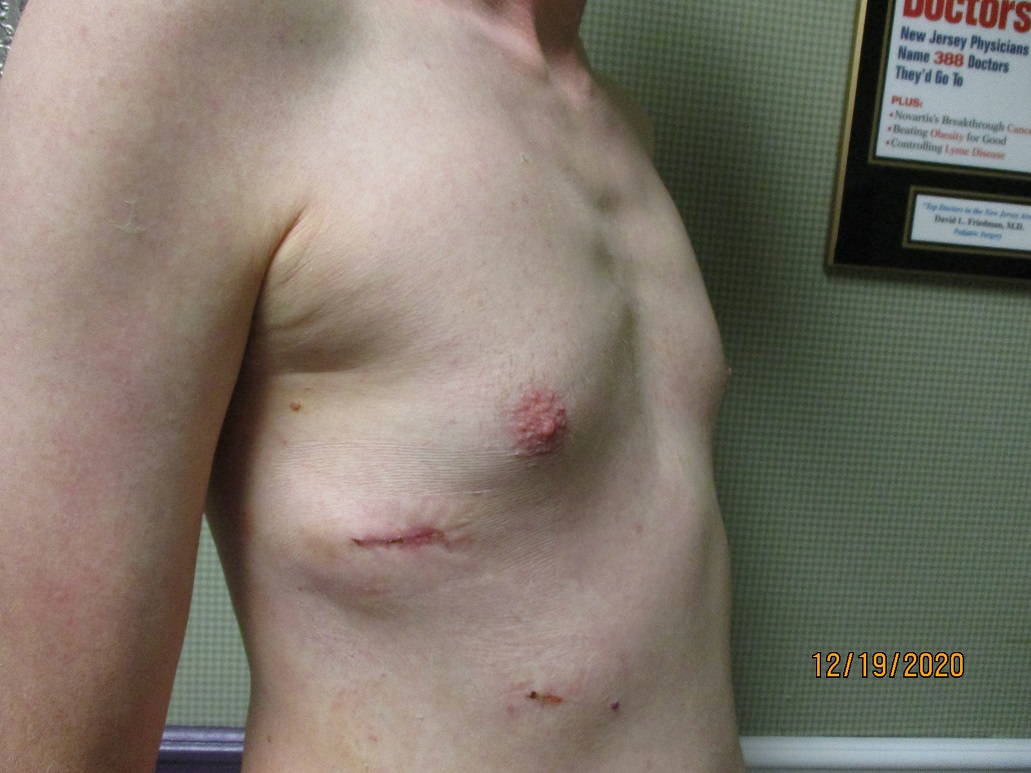 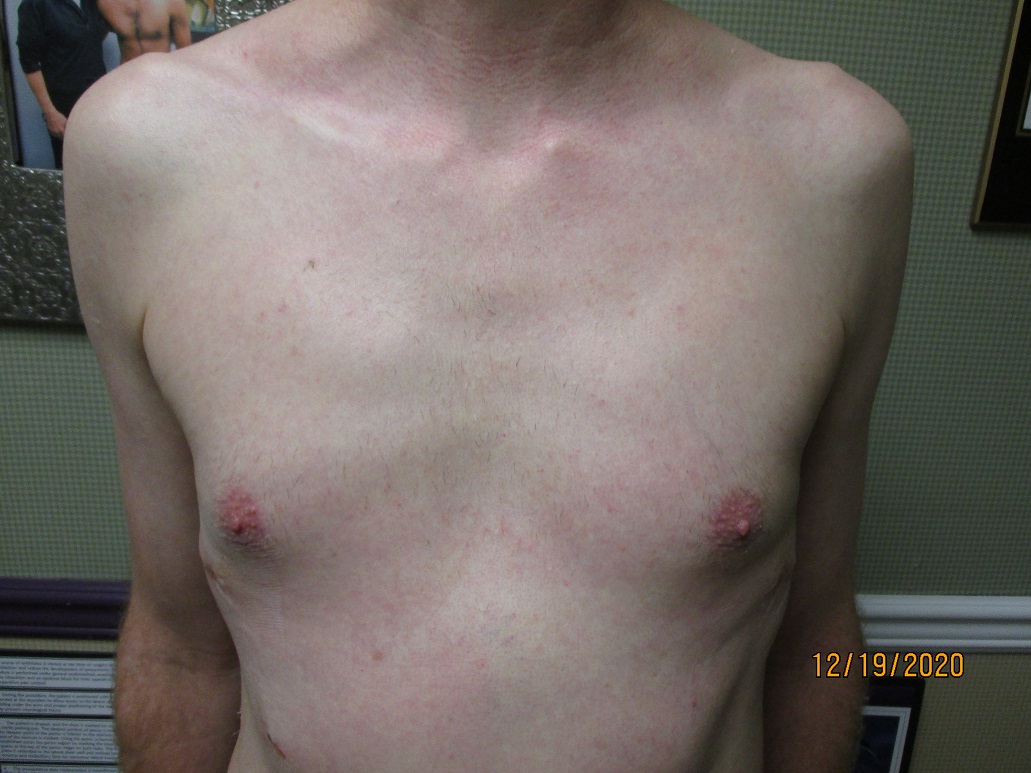